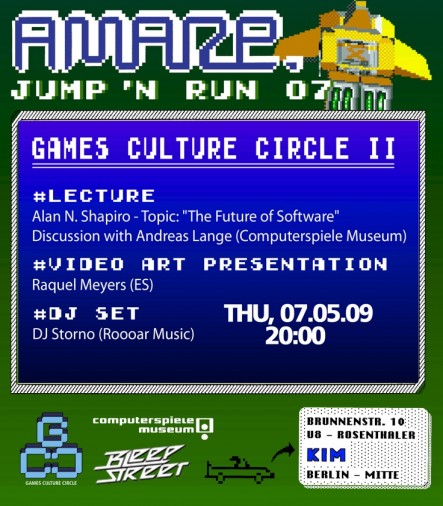 “The Future of Software” by Alan N. Shapiro

We stand on the threshold of a paradigm shift in computer science.
Since the Second World War generation of information theorists such
as Alan Turing, John von Neumann, Norbert Wiener, and Claude Shannon, we have operated within the paradigm of digital or binary computing. In the next years, Artificial Life, quantum computing in software, and complex adaptive systems will emerge. A-Life is a paradigm of software as living organism rather than as mechanistic machine. It will be fundamentally more powerful in what it can do than existing informatic programs. It will have the properties of self-learning, real-time systemic awareness, and autonomous thinking. More powerful software can be of great benefit to humanity. So far software has mostly made our lives more difficult, adding to our workload. In business, the new software will be much more flexible and adapt itself in a customized way to our real business processes. More like the Utopian vision of technology as a liberating force that a thinker like Herbert Marcuse had in the 1960s. In gaming, more powerful software will mean the creation of virtual reality environments. What we can experience will be more like “reality” than what we have had so far in gaming. It will be like the Holodeck in Star Trek: The Next Generation. There will be more of a disappearance of the distinction between the Real and the Virtual. Jean Baudrillard was
the great thinker of this disappearance, so we have to reflect
seriously on Baudrillard’s ideas. Gaming is a very important experiment in the exploration of the Virtual-Real. Gaming will be much more embodied than before. We will be really present in these Virtual-Real environments with all of our senses. The passion for games should be appreciated by society as a healthy force rather than feared as a danger. Our society needs to recognize that it is in a crisis at all levels
because it has over-emphasized conformism and the workaday Real.
The gamer teaches us about respect for rules, and about playfulness –
these two qualities are not opposed to each other. As Baudrillard
scholar Gerry Coulter says, “the gamer is a traveler into our future
of total immersion in virtuality.”